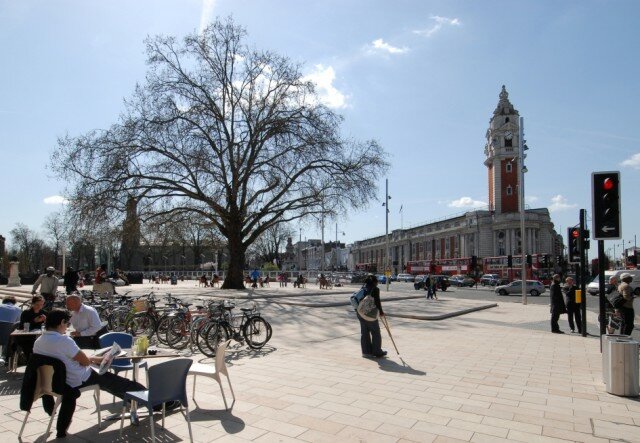 Local authorities have a crucial role to play in adapting London to climate change. The land estates and services of these organisations are already extensively affected by extreme weather, and we expect to see this increase in frequency and intensity in relation to the change in climate. Not only are local authorities affected, but as a major service provider, they are also well placed to take the lead in ensuring London and its communities are well adapted to extreme weather.

London’s borough authorities have a range of tools to hand which can help reduce the long-term impacts of extreme weather events and boost community resilience. Opportunities exist in many service areas including emergency and business continuity planning, highways management, public health, development and building control, and green space management. Planning powers in particular are a significant tool that will ensure that the lifetime of a building is considered and is suitably prepared for future climate change.

Not only are local authorities well placed to ensure that London is adapted to climate change, they are also regarded by Londoners as important organisations in the face of an extreme weather event. LCCP and London Councils commissioned a survey of 1,000 Londoners across all boroughs asking residents questions about their own experiences and which agencies or organisations they look to for help preparing for and recovering from extreme weather. The headline findings of this survey are as follows:

For a full copy of the survey findings click here

London Councils, The City of London Corporation, London Environment Coordinators Forum (LECF) and the Mayor of London are all partners of the LCCP and help to inform our perspective and work programme.

Climate Local is a new initiative to drive, inspire and support council action on carbon reduction and climate resilience.