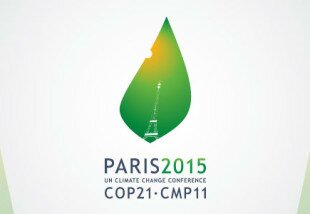 In Paris, at 7.27pm on the 12th December 2015, the leaders of 195 nations agreed to limit global warming to ‘well below’ 2oC relative to pre-industrial, and to pursue efforts to limit it to 1.5oC. Consistent with this, they committed to peak greenhouse gas emissions as soon as possible, and to achieve a balance between sources and sinks of greenhouse gases in the second half of this century. They agreed that in 2018 they will take stock of their efforts and will review further commitments in the light of new knowledge. From 2020 onward they will meet at 5-yearly intervals to evaluate progress and goals. The level of ambition of the agreement exceeded expectations, resulting in justifiable excitement and euphoria.

The task now is to translate the uplifting words into effective action. Climate science tells us that this is no easy matter. The voluntary commitments made by nations prior to the Paris deal are estimated to limit the warming of the planet to between 2.7-3.7 oC. This will be challenging enough. But to remain ‘well below’ the 2oC ‘guardrail’ will require an additional massive scaling up and acceleration of decarbonisation efforts. To limit warming to 1.5oC will require the deployment of ‘negative emissions’ technologies to draw carbon dioxide out of the atmosphere, which as yet do not exist. The need is to mobilise governments, businesses, investors, technologists and citizens worldwide in ‘The Greatest Collective Action in History’.  The ‘Mission Innovation’ initiative, signed up to by 20 countries, aimed at accelerating the development and deployment of green technologies through substantial public and private funding, is a positive step in this direction.

Key to success will be the support of the general public. Without public ‘permissions’, the ability to decarbonize will likely be compromised. But whilst publics worldwide are supportive of action, there is a general lack of appreciation of the nature, scale and urgency of the task ahead. Given the technical nature of the evidence, it falls to the climate science community to play a central role in establishing a public dialogue to allow an informed response to threat. What is needed is a ‘Mission Conversation’ to ensure that ‘Mission Innovation’ can succeed.

Even supposing the Paris goals are fully met, the planetary energy imbalance generated by past and current human activities will take time to come to equilibrium. As it does so, the reality and impacts of climate change will continue to unfold. The Paris text recognizes this, and for the first time establishes a global goal on enhancing ‘adaptive capacity, strengthening resilience, and reducing vulnerability to climate change’. It binds countries to engaging in an adaptation planning process, and to submitting and periodically updating adaptation communications. Here the London Climate Change Partnership can play a valuable role. With our track record of innovative and effective contributions to ensure that London is ‘The most climate-resilient capital city’, we have much to offer, both directly in developing new insights and practical adaptive responses, but also in sharing best practice as a key player in the global effort.