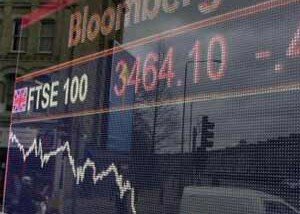 Today the London Assembly Economy Committee published the report Weathering the Storm, looking into the impact of climate change on London’s economy in terms of risks and opportunities.

This is the result of the Assembly’s investigation into the resilience of the London economy in the face of the impacts of climate change.

The report looks at the full extent of the implications of climate change for the capital’s economy, including for its supply chains, investments and the insurance sector. It explores current efforts made, by businesses and local government, to understand and respond to these threats. It also highlights the opportunities which the green economy brings for diversification of London’s economy away from investments that will become increasingly risky as a result both of climate change, and efforts to mitigate it.

Jenny Jones AM, the report author and former Chair of the Economy Committee, said:

Detailed work is absolutely essential to secure London’s future economic prosperity. We need to diversify London’s economy and further invest in our green economy. That way, our city will be stronger and more resilient whatever the level of future global warming.

Several recommendations have been made to the London Climate Change Partnership, especially around mapping the major vulnerabilities of London’s economy to climate impacts.

LCCP welcomes the report and will carefully study its recommendations, on which work is already being carried out.